A multitude of highways run through the Seattle area, including Interstate 90, Interstate 5, Interstate 405, Interstate 705, and SR 520, among others. Although these freeways offer great convenience to motorists, they also present significant dangers – in part because these highways serve as major thoroughfares for big-rig trucks passing through the area.

These grim statistics are not particularly surprising, at least when you consider that a truck can weigh up to 80,000 pounds. This weight greatly increases stopping distances, thereby increasing the risk of an accident. Once a collision occurs, the momentum generated by such a heavyweight means that any accident that does occur is likely to be more serious than a collision with a smaller vehicle. A truck can throw an average automobile around like a rag doll. Our Seattle truck accident attorneys will help you in your case. When an Accident Happens The odds say that you will probably never become a truck accident victim. But the odds no longer matter once an accident has already occurred. And hardly a day goes by in the Seattle area without at least one big-rig truck accident. For many truck accident victims, life will never be the same again. You are likely to be facing serious injuries and a long recovery period – and you may be grieving the sudden death of a loved one.

The occasion of a serious accident is the worst time to have to fight for your right to fair compensation. But if the accident that harmed you was someone else’s fault, you are going to have to fight. Fear not. At Brett McCandlis Brown & Conner PLLC, fighting for the rights of our clients is what our Seattle trucking accident attorneys do – and it’s what we’ve been doing for nearly 50 years now. All told, we have brought home over $100,000,000 in compensation for our clients.

The following are some of the most common causes of truck accidents:

Our Most Frequent Practice Areas At Brett McCandlis Brown & Conner PLLC, truck accidents aren’t the only type of injury claim we handle. The following is an incomplete list of the types of claims that we frequently pursue: 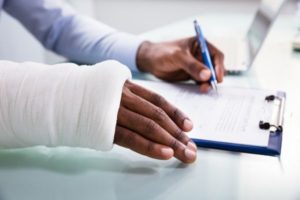 Have you been involved in a truck accident? If so, you may be in a state of shock, and you may feel overwhelmed. You may find yourself feeling strained by the mounting pressure of medical bills and the loss of your ability to work. You may be struggling with many questions. At Brett McCandlis Brown & Conner PLLC, we understand these feelings, and we also understand the need to find answers to those questions that arise following a truck accident. Here are a few of the most common questions we receive:

What actions should I take after a truck crash accident?

The most important actions to take after a truck accident are:

How much liability insurance are commercial truckers required to carry?

Under both state and federal law, a commercial truck is required to carry anywhere between $300,00 and $5,000,000 in liability insurance, depending on the weight of the truck and how dangerous its cargo is. The heavier the truck and the more dangerous the cargo, the higher the minimum insurance coverage limits.

What exactly is a “commercial truck?”

A commercial truck is a vehicle used in business or for the transport of commercial goods. “Eighteen-wheelers” is a good example, but not the only example. These trucks require a commercial driver’s license to operate, and their operation is heavily regulated at both the state and federal levels.

Where are a truck’s “blind spots”?

A truck’s blind spots are at the left rear quarter, the right rear quarter, and directly behind the truck at close range. A good rule of thumb to observe is that, if you can’t see the driver in his mirrors, then he can’t see you.

Who should I sue in a truck accident lawsuit?

The driver is the obvious first choice (in effect, you will sue the driver’s insurance company). Other possible defendants include:

What are some examples of trucking regulations that might be relevant to my claim? We take the following actions in a typical truck accident case:

Who is held responsible for a trucking accident – the driver or the trucking company?

There can actually be multiple parties held responsible for a trucking accident, depending upon the results of the accident investigation. Certainly, the driver of a large truck may have a responsibility in an accident for any number of reasons. He or she may have broken the law, may have consumed illegal substances, may have been driving recklessly, or engaged in any other number of behaviors that would merit being held liable for the accident. In other cases, the trucking company which hired the driver might be found to be the responsible party. Issues that may merit that finding of responsibility can include cutting corners on safety, unrealistic expectations that push the drivers beyond what is healthy, and more. In still other instances, the accident may involve a defect in the truck itself. In those instances, the manufacturers of the parts of the truck that failed may be held responsible. A truck accident attorney will be able to advise you best as to the potentially liable parties in your particular set of circumstances.

How much is my particular truck accident claim worth?

Certainly, each case is unique with its own particular set of circumstances. As a result, it can be difficult to determine the exact amount of compensation. Many factors, including medical expenses, pain and suffering, and lost wages will go into a determination of what should be awarded as compensation. Consulting with a legal team as to what compensation you may be entitled to in your particular case is always a wise decision.

The insurance company has made me an offer. Should I just accept it?

It is not at all uncommon for a trucking company’s insurer to quickly offer a settlement to an accident victim. Unfortunately, however, insurance companies often offer what they feel is the lowest reasonable amount. While it may be tempting to accept that offer in the midst of financial stress, it ultimately ends up failing to be enough to cover all of the expenses associated with your accident. It is always best to retain a knowledgeable and experienced lawyer to advise you of your rights prior to accepting any offers.

At Brett McCandlis Brown & Conner PLLC, we are thankful for the opportunity to answer these questions and any others you may have about your truck accident and any potential claim. Call us today. We look forward to speaking with you soon.

Doug is seriously injured when an 18-wheeler truck plows into him on the highway. An investigation reveals that the truck driver’s driving record is abysmal and that he is underinsured. Doug ignores the uninsured driver for the time being and opens settlement negotiations with the trucking company that hired the driver. The results are unsatisfactory.

The court dismisses Doug’s claim (iv) on the reasoning that the truck driver was an independent contractor, not an employee. The court finds both the truck driver and the trucking company liable for negligence, however, and Doug is awarded a substantial sum.

If Our Seattle Trucking Accident Lawyers Don’t Win Your Case, You Don’t Have to Pay Us When you win 97 percent of your cases as we do, you know you’re not going to go bankrupt offering free legal services to the three percent of clients who don’t receive compensation. And that is exactly what we do; if we don’t win your case, you won’t owe us anything. If you are among the 97 percent who wins, your bill will not come due until your compensation has already been paid. In other words, you needn’t worry that you can’t afford us – you can.

If you have been injured in a truck accident in metro Seattle, or if your loved one was killed that way, and if you even suspect that the fault lies with someone else, contact our skilled Seattle truck accident lawyers at Brett McCandlis Brown & Conner PLLC immediately. We can be reached by phone or online by filling out our client contact form. Contact us today so that we can schedule a free consultation. We serve clients in Ballard, Beacon Hill, Lake Forest Park, and elsewhere in Seattle.